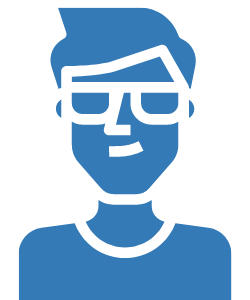 There are so many things that go into new construction that you need to think about. How complex is the electrical going to be? Where will the pipes need to go for your plumbing? What kind of roof will you put on the building? In what places will you need new concrete? With so many questions about what it takes, you will likely need help along the way. Our blog is designed to inform you about all the latest things related to construction. No matter how big or small your project may be, you'll find the guidance you're looking for to make informed decisions.

The Latest On Construction

What Shapes Can Metal Rolling Produce?

Metal plate rolling is a sophisticated industrial process, and few people appreciate the versatility it offers. While most clients seek to transform flat metal plates into various cylindrical objects, a skilled plate roller can create any number of other forms. If your project requires something a little different, read on to learn how metal plate rolling can help.

Cylinders are still the bread and butter of plate rolling. This versatile shape is used in everything from pipes to canisters to fitting rings. It's also the easiest shape to produce on most rolling machines since they're designed with it in mind. Typically, a metal plate is fed through a rolling machine consisting of two to four rollers, which wrap it into the desired shape. It often takes a few passes to fully bend the plate around. From there, a technician welds the ends together, and the object is then ready for further manufacturing.

Cones are another shape frequently used in industrial processes. They play critical roles in ventilation, heat dispersal, and liquid systems. Cones are relatively easy to make as well, but they require a bit more planning. First, the metal is cut into a flat arc shape. Then it's fed through the rollers repeatedly, one side faster than the other, until the ends bend together and form a seamless object. From there, the cone passes through the rollers to remove any further imperfections and goes on to the welding stage.

Ellipses are much like cylinders, except the angle of their curvature changes constantly. This can make forming elliptical shapes somewhat tricky, but far from impossible. Most rolling machines use a fixed upper roller. Lower rollers, meanwhile, adjust on the fly to achieve exactly the right curve. By modeling the elliptical shape beforehand, technicians use software to adjust the angles of the lower rollers as the shape is produced.

Sometimes, an industrial process doesn't need a full cylinder, but a partial one. This shape is known as a cylindrical segment or arc. Depending on the complexity of the arc, pressing one of these shapes may follow a procedure similar to pressing a cylinder or an ellipse, with steady or variable angles. But where those shapes see full rotations to bring edges together, arcs move back and forth between the rollers to achieve the desired curvature. This is an especially versatile option and can be used to fabricate intricate metal objects.

Whatever your project needs, consulting with a metal plate rolling specialist could be the first step toward making it a reality. Don't hesitate to call a local business today to learn more about your options.